Whew…it has been a busy Fall!

I do not normally “move about the country” (stolen borrowed from the Southwest commercial…who has let me build up an impressive number of frequent flier miles btw) as much as I have these past few months.

Before I continue the travelog, I want to share a (bad) picture of a new Year of Celebrations Series that will be featured in Cross Stitch & Needlework magazine. Each issue will feature 2 months. January 2014 will hit newsstands next week. Since Hands On Design did the designing & stitching…but not the finishing (weird for me I know!) it was fun to see them all framed up. 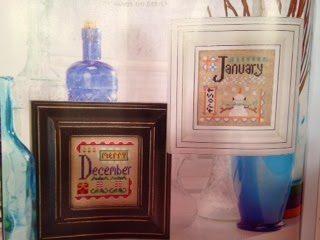 Late September, I was a temporary employee of Ink Circles at the St. Charles Celebrations show. Lots of fun catching up with shopowners, designers, and most important of all…stitchers!

October took me to the beach. I showed a few pics last time of the Cross Stitch PALS retreat. Amy of Down Sunshine Lane invited Hands On Design to exhibit at the retreat and take part in all of the fun exchanges. Here are a couple of pics of what I gave away! 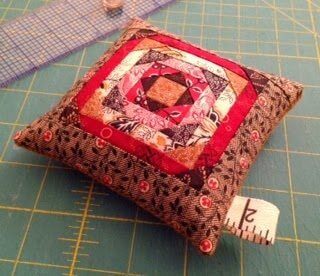 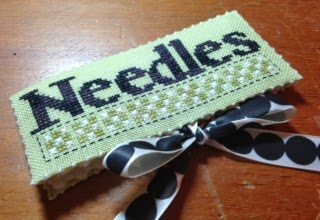 An original design needlebook – look for this as a complimentary chart & Finish-It-Friday soon! 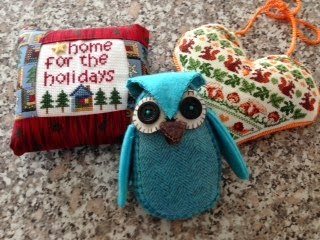 These were some of the items I received as part of the exchanges! The retreat was a blast & I highly suggest you go. I hope to be able to put it on the Hands On calendar for next year!

Part of what I really enjoyed was meeting other stitchers and I met 2 of my favorite bloggers. Funny to meet someone for real after getting to know them in cyberspace! I spent some time talking with Meari of Meari’s Musings & Faye,The Carolina Stitcher – both are also needlework finishers so it was cool to discuss finishy things!

Once I got back from the beach, it was a short turnaround to Houston. I became an official buttoneer on the Just Another Button Co. crew for the International Quilt Market. 27 rows of vendors!!! Can you imagine?

I wish I could have set up a time lapse camera…the transformation from HUGE shipping crates & stuff everywhere is amazing and in such a short period of time! 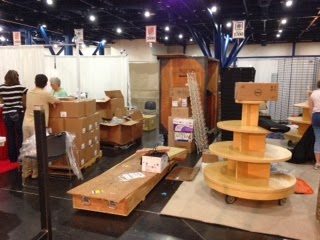 Day 1 & I got my workout. After arriving off my 6am flight, we emptied the large panel van that Cecile & Rachel drove from JABCo home offices in IL. Rachel was about 5 weeks from having her baby at that point…the newest buttoneer might have even arrived as I type this!

Flooring was laid, walls were constructed, electricity was arranged…yes, we are designers – NOT contractors (there was much discussion of how many hats we actually wear in his industry!) 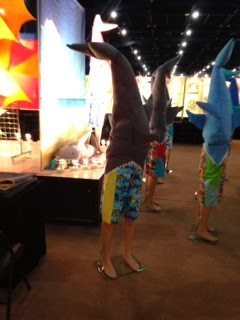 Most of my looking around was after the show closed for the day. I took lots of pictures of pretty quilts, but I thought this display was worthy of posting! Yes, that is what you think it is! Guess they had a “Sharknado” theme. 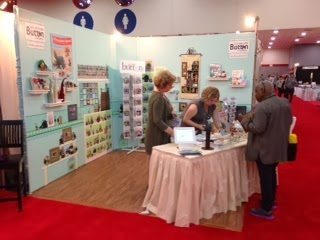 Finally market was open. Here Cecile & Rachel are talking with the 1st customer of the day. I met so many wonderful people involved in the quilting industry & caught up with quite a few that crossover between quilting & cross-stitch. 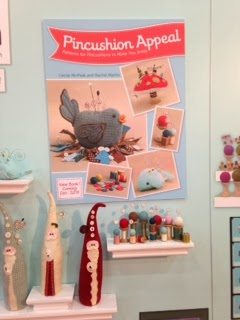 This is the newest book that Cecile & Rachel published through Martingale Press. They were the “big deal” at market with a Schoolhouse session (I got to play Vanna & hand out treats!) & a book signing. The book will be out in early December.

After market, I handed Cecile & Rachel off to Josh (Rachel’s husband.) He was coming in to help out as the JABC team was staying on for Festival – the retail part of Houston Quilt market. I headed home…for sleep! 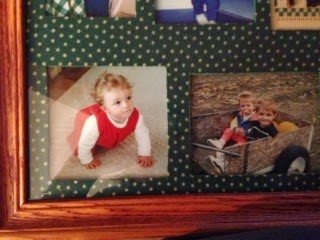 While I was gone all that time, my husband was very busy. His company did a complete remodel of its offices. What should have taken 6 months got done in 1 1/2! He brought home the family pictures from his office…I’d say he’s due for a few updates! I made this collage for him when the kids were about 1 & 2! I could still just squeeze them!

Thanks for sticking through this long post! I promise a Finish-It-Friday next time! Have a great weekend.

Stitching At the Beach!
Tis the Season!

New in the Shop

Come take a walk with me…a picture walk through

‘love you too’ - this year’s Anniversary Tok

Just a little Wednesday Wave from a Walrus 😉 S

A new FlossTube is up for your viewing! #77 (somed

Each one tells a story. 11 years ago I found mys

It’s almost our Anniversary ❤️ Have you sti

And be the first to know about new products, events, tutorials and more!